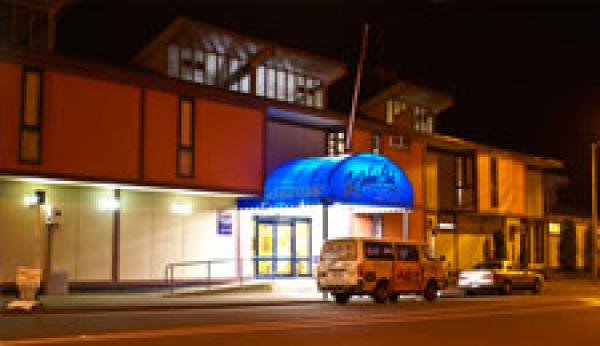 Extracts from the Centennial History book “Phoenix on the Corner”

The history of the St John’s Workingmen’s Club dates back to one memorable Sunday during the last decade of the nineteenth century, when a meeting attended by several well-known Wanganui citizens was held to discuss the prospects of forming and institution for the social intercourse and welfare of its members.

In those days – 1892 – the number of licensed hotels in Wanganui was reduced. As a result the old St John’s Hotel,  situated on the corner of Victoria Avenue and Glasgow Street, was closed. At this time Mr Sam Blight, master in the malt house near the hotel, conceived the idea of  forming a club in the two-story wooden hotel building, owned by Mr Thomas Thatcher.

When this happy thought occurred to him, Mr Blight saw the great possibilities for the future. He secured the names of 25 prospective members, and at a meeting held one Sunday morning it was decided to proceed with the project. Mr Blight and his companions, inspired with enthusiasm and the need for such a club, gave much of their time and energy to formulating a scheme and making it known among other Wanganui citizen.

The result of their efforts was a second meeting held in the Newmarket Hotel. More names of prospective members had been added to the list and the idea was very popular. It was at this meeting, Mr Blight presiding, that it was unanimously decided to form the club. The Hon John Ballance, a former Premier of New Zealand, was nominated as the first chairman of the committee, consisting of Messrs J. Carrell, W. Parnell, T. Gordon, T. Copeland, D. Kitchen, T. Gannon, G. R. Carrell and O Carrell. Mr James Duigan, editor of the “Wanganui Herald” was appointed Vice Chairman.

St. John’s Hotel was accordingly acquired, and the new institution, known in its early days as the St. John’s and Suburban Working Men’s Club, was duly formed. The Charter was obtained on January 20, 1983, by John Ballance.

In its first year the Club flourished and members enjoyed the facilities of the refurbished St John’s Hotel. From the initial 25 members to 222 members made up of 134 town [one living within two miles of the premises] and 88 Country [one living over two miles from the premises] members.The didtance was important in 1893 as transport was by foo, horse, or horse-drawn vehicles or by bicycle along dirt formed roads or tracks.

On Saturday afternoon, December 11, 1897 the Club premises were destroyed by fire, and a temporary building in a ‘Lean-to’ shape, 25ft by 12 feet was erected in accordance with the Clubs Charter. By May of 1898 the second St John’s Club, a single story building,  was practically completed. With 220 financial members on the books it was recorded in the “The Yeoman, May 5, 1898″ The members of St John’s Club have now a building that they may be justly proud of and with the good management obtaining a prosperous and successful career may be anticipated”.

All you need to know about